Hi everyone in this article I want to share my opinions about the beta program on Google Play store and why I think it's a nice and effective way to help app developers. I use the App Beta program also at my daily job as a Software Engineer because I can test some new features before going to the "stable" channel. As a user, you can help other developers like you by opt-in for the Beta Programm on the Apps that you use on your Android smartphone and have features that are not available in the public version yet.

To join the beta program of a particular app all you have to do is to open the Play Store, find the app you want to check and tap it to go to the app detail page. If the app has a beta program you should see a section like this 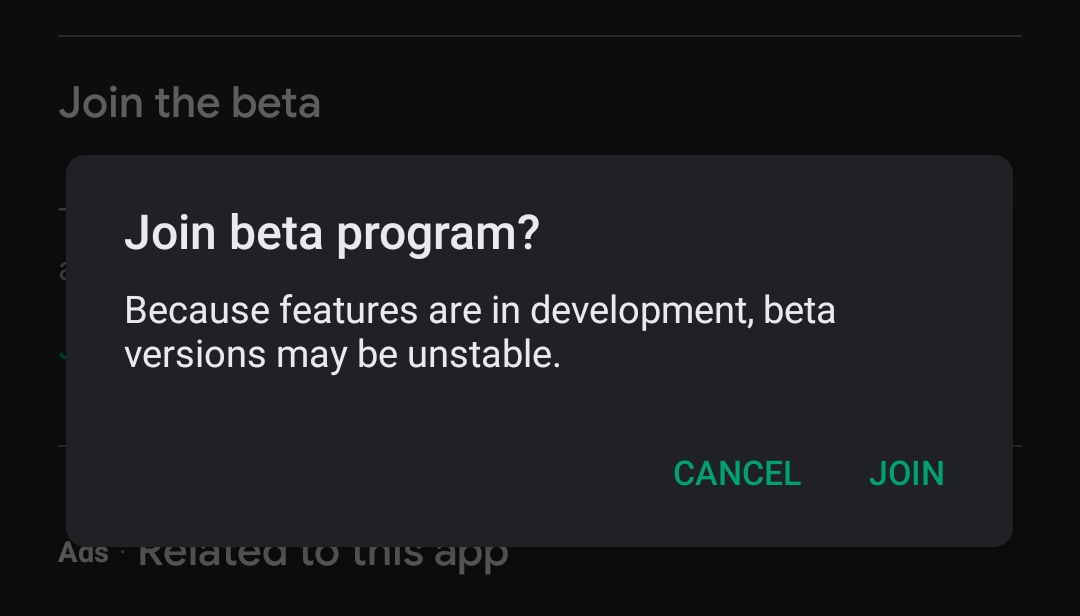 Confirm and after a couple of minutes, you will be promoted to a beta tester so you'll see and test features before they go to the public. In the Beta program, app updates are more frequent and you have to take into account that there could be bugs... but the beta program serves just that and by choosing to enter the program you have accepted these conditions.

Some apps may have put a limit on the number of users who can enter the beta program, so if you see a message like this

you cannot join the program and you must hope that you can join later if current testers leave or if the developer allows more users to join.

To see the apps where you are in the Beta program you have to open the Play Store, go to My Apps & games and go in the Beta tab. For example, in my case, I've got 143 apps on my device and me opt-in for the beta program on 55 of them... maybe I'm a bit addicted to the beta program but I'm a developer and I must help my colleagues.

I think that the beta program it's an effective way to help developers to do their work at best because using a beta app before go public could improve app quality, remove bugs that only in production the developer can find. Often in the app there some libraries like Firebase Crashlytics that helps developers to track bugs and give them more devices, more Android versions, and different form factor could give users a more pleasant use of the apps installed on their devices.

There is no cost for us but the developers get a great profit and being one of them I understand well how much this help is worth.